…they all clearly received their White House talking points late this week.  Because every single Left Wing “news” program was parroting the same phrase over and over again. “Democracy is on the ballot.”

I have seen some low, slimey sludge splattered in elections over the years.  I am old enough, just barely, to remember LBJ’S asinine nuclear explosion commercial.  But the naked, desperate, ugly filth spewing form the Democrat mouths at the end of this midterm election is beyond the pale!

And, as usual, they are charging the opposition of the very things they are already guilty of. Thwarting the democratic process of this Republic (for the slow and the Left, “democracy” can’t be on the ballot anyway, because we are not a democracy).

Who kept the economy shut down far longer than reason would permit during the Wuhan?

Who kept your kids in masks for a year and a half after WE ALL KNEW that kids are not in any real danger of contracting the Wuhan? And they are very poor vectors!

Who insisted on mandating vaccines and let peoples lives be destroyed long after we knew the vaccine was nearly useless?

Who is pushing unconstitutional and utterly destructive concepts like a programmable digital currency, trans mania and ESG?  These will displace the very oxygen a free society needs to breath! These things along with $4-10 trillion being spent on an EXECUTIVE ORDER are the most anti-democratic, the most corrupt actions a government has ever considered, much less taken.

They know the GOP is for freer markets, individual freedom, more parental rights AND RESPONSIBILITY.  They know, beyond a doubt, that the GOP is far less of a threat to individual liberty than they are themselves!

And they’re losing.  So they have decided on a scorched earth policy with their rhetoric.

There are two problems created by their idiocy.

Who still has a sense of humor out there? 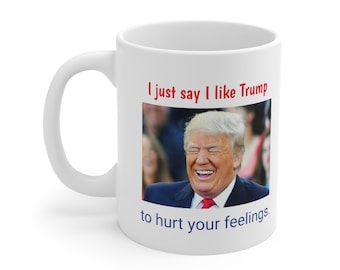 One: They all but eliminate any possibility of worthwhile compromise in the new Senate.  They have primed their tribe with hate.  So who on the Left is going to do anything significant if it means working across the aisle?

Two:  After denying elections since 2000, and then lecturing us about denying one, they spent the last month preparing the path for themselves to deny THIS election!  And they’ve built this wailing to an unprecedented crescendo.  THUS, how can anyone feel confident in the electoral process?  You’re a traitor if you deny elections and a traitor if you don’t deny the elections the Left denies. And now the Left is preemptively denying this election.

The saddest part of all of this is there are adults in this country who actually believe these the lies of the Left.  We can only hope they are few.

It is not lost on me that I just wrote a post talking about the upcoming corruption by the left next week.  But I have the advantage of their words and their track record.  Everything I listed, they did.  Everything.  No one denied it.  If fact the Dems defended the actions.  And we had Joe Duh telegraphing “difficulty” in counting the ballots.

We have all those early ballots waiting to be counted on election day, ready to go.  the weight of the election is so heavily favoring the Right that if more than one or two races are not called ON ELECTION DAY, if anyone “stops” a count, if anyone “repairs” a ballot. they’re cheating again.

As I said, they accuse others of what they do routinely.