Time to take out the garbage!

In furthering my election series, with a goal of acquiring 65 Senate seats, there’s this, short and sweet.

Start making noise now about cleaning up the agencies that have been utterly corrupted at the top by the Biden and Obama regimes. Under Obama the IRS, Intelligence agencies and the EPA were weaponized to advance the regimes political interests.

Under Biden, the FBI is running roughshod over as many political opponents as they can find. We now have FBI SWAT teams doing door kickers on old men and anti-abortion protestors. They’ve gone completely off the tracks. This kind of activity is not only low-life, banana republic behavior; it is demoralizing and counter-instructive to the rank and file of the organizations.

The people at the heads of these tarnished organizations have watched CLEAR AND PRESENT DANGER too many times and think the bad guys are the people to be emulated.

Communications bureaucrats throughout the present regime are working constantly with social media outlets, specifically YouTube, Twitter and Facebook to induce them to censor and block information that interferes with the regime’s wishes.

For those who don’t know, the government cannot censor information. They are also prohibited from suborning censorship by a third party. And yet, the three major outlets I mentioned above speak freely of their censorship and post suppression in support of the regime.

Withhold funding for all agencies and activities that have participated in the political jack booting. Compile a list of the types of activities mentioned above and require the agencies to FIRE everyone involved with it. Clean up the corruption!

And start talking about it NOW!

If you can’t do some of your best gift shopping here, you’re not trying!

People to be screaming at: Find your Republican SERVANTS on this link.  CALL them and tell them to get hot on this NOW!  Hell, call the Dems too.  You might find one or two who won’t get loose stools over it.

No ads here.  No jokes. I really need reader feedback.

According to my readability score I am writing above the average adult comprehension. I struggle to throttle my writing to the AP recommended 14 yr old level.  I don’t even believe that’s necessary.  But I try.

Do me a favor, if you have a moment; go to the War in Ukraine. Read it through it.  And just leave a comment as to reading level.  I can’t believe my stuff is too high-brow for you guys.

Thanks to anyone who helps.  I’ll give you a shout out here. Cheers.

How can entire states, even major demographics, in a developed nation be so self-destructive?  Chicago, New Orleans, Philadelphia have all been turned into criminal shit holes by policies that dominate the Democratic party.

I can say I’ve done my part.  I read and write every day with the goal of improving our lot in life.  I also troll out politicians to shame them into doing their jobs. And I vote…ON ELECTION DAY!!!!  Will you do yours?

I had a moment of regrettable schadenfreude today watching the mayor of Portland, Oregon declaring a state of emergency over his homeless problem.

Let’s tease that out, shall we?  What are the contributors to homeless encampments littering cities today?  Hmmmmm.  Could it be state-sponsored illicit drug use?  There’s a start!

“It is easier to build strong children than it is to repair broken men.” 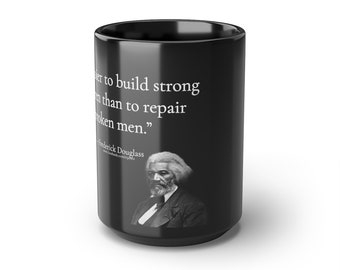 Through the decriminalization of drugs* with NO backstop, like asylums for hopeless addicts, the Left has created a population segment of zombies.  These poeple are concerned about only one thing:  The next fix.  They will do anything: lie cheat and steal, even injure or kill to get it.

Do you think for one minute these pathetic wretches look at the blue tarp that serves as their primary residence and say, “well, jeepers, how can I hold a wine and cheese party here?  What will Mildred think?”  No.  They are too busy being victims of crime of committing petty crime themselves, to worry about decorating.  They have no pride.  They have no self-worth.

THEY LIVE THE LIFE THAT THE MAYOR OF PORTLAND AND HIS POLITICAL ILK HAVE DESIGNED FOR THEM.

What else has the Mayor (now pleading for Mommy Federal Government to spent YOUR tax dollars to bail him out) done “for” you?  Well, he’s doing his best to make your city another Chicago or Philadelphia.

Remember, this was that same ass hat who spent a whole summer trying to convince you that dirt bags taking over your city was a good thing. Street brawls, outright assaults, looting, firing industrial fireworks at people, burning police stations; this was all an enhancement to the ambience of Portland as a tourist destination. So he made crime fashionable, trendy.

To my Portlander bubbas: Are you happy with your status as a sanctuary city?  This is another pre-adolescent concept that has thrived under your mayor.  It stands athwart federal law.  But while cementing your sanctuary city status, this moron is pleading for state and federal money to solve the homeless problem to which he intentionally contributed.

Understand that the Democrats running to be your councilmen, reps, senators, governor, etc., all embrace the same moronic ideals as your moron mayor.  Don’t reward stupidity.  If even you know these clowns, you’re not voting to make them feel good about themselves.

In this election you are voting to repair the damage they’ve done.  You need to vote your healthy self-interest.

* I have advocated for the decriminalization of drug use.  But I have no problem whatsoever with the people, in the form of LOCAL and STATE government, separating these users from the productive members of society so we can go about our lives unmolested.

Please support our sponsors. Thanks much.

People to be screaming at: Find your Republican SERVANTS on this link.  CALL them and tell them to get hot on this streetpolitics.us series NOW!  Hell, call the Dems too.  You might find one or two who won’t get loose stools over it.