Once upon a time…

…a political party had a growing field of people who wanted to be President. It was, as these things usually are, a rather boring affair for everyone who wasn’t a political wonk.

Then one day, a man popped up who hadn’t had any real political experience and started to make waves. He was different, many said. And for that reason alone, huge numbers of people rushed to his side. They didn’t care that he never said anything of substance. All they cared about was that just by being there, he made a splash. There were times when he would say things that were outright stupid. His followers didn’t care. If you said anything bad about this new wonder on Facebook you were accused of being part of the establishment. Sometimes worse things would be said. But his followers asked for nothing other than that he be different. They didn’t ask for substance. They got angry when someone challenged their non-establisment guy. They cheered him without a single clue as to what he intended to do.  They went wild with his every word.  They need to take a Valium.

How will this story end boys and girls?

Actually, it may very well be a rerun. I am not talking about Trump here. Although the parallels are undeniable (empty rhetoric; adoring, credulous fans). I was talking about a community organizer, government grant scammer and absentee Senator, Barack Obama.

Check the old speeches. He offered only the thinnest of information if any at all. The only specifics he gave was a promise to wreck our economy, which he did. But we knew nothing of this guy.

But oh, he was so cool! And he was black! (as if that were some kind of achievement and not an accident of birth) And he turned out to be the front man for the most authoritarian cabal in American history. “We can’t wait for congress…” and all that. His administration is destructive and nakedly dishonest. His loyalties and certainly the loyalties of his handlers are not with this country. It could have been avoided, but too many Americans wanted to be lied to. They wanted to be swept away. Too many wanted to feel like they were a part of the story so badly, we ended up with a closet Muslim in the White House who systematically sold us and our allies down the river.

So, with that lesson still so fresh you can smell it, along comes “the Donald”.  Until now, his only claim to fame was a nose for good real estate and panchant for saying incredibly stupid things. He also had a “reality” TV show.

But, say his cult followers, he’s against illegal immigration!

Uh-huh. So? What does he intend to do about it? He has not said.

He wants to make America great! Uh, yeah, junior, the only politician who didn’t make that a cornerstone of his rhetoric was Obama. It’s his only honest quality. What else do you have?

He’s going to rebuild the military!

Right. So is Lindsay Graham.

I’ll tell you what else he is for: using taxes as a political and social tool. He said so quite loudly this week. Did any of the cult followers even notice? That makes him exactly the same as the system he rails against.

He engages in immature cat fights. Is that suddenly an admirable quality? When asked about positions held by Walker and Cruz, he said that he couldn’t say anything bad about them – “they’re nice to me?” WTF?! When asked about Bush’s policies, he says Bush is boring and falling in the polls. I agree, but again, WTF?! What the hell is that supposed to mean?

Understand, all of this is coming from a guy who VERY MUCH hopes that Trump is for real. But SO FAR, his ability to lead is as evident as Obama’s college transcripts. So far! Buying and selling properties is not an automatic qualifier for elected office. I admit, it’s infinitely more than Obama ever did, but it is not enough.

Lets, as a party and as voters in general, do ourselves a favor this election year. Let’s not turn a man into a cult figure and not require he step up to the plate and prove himself. Before we eliminate the possibility that he is a shill for the Clintons, let’s see how the next few months play out. Let’s at least make him and the rest of the bunch come out with more than just empty exclamations. Let’s ask more on illegal immigration than just “deport them”. More the economy than “China is ripping us.”

If we take the lazy, reality TV route to the election this year, we may end up worse off than we are already. Make the sonofabitch pay for your vote with reason and logic. Make all of them pay that price.

Matt Jordan is a travel writer, political commentator and author of 16 20 24. Get your SIGNED copy here! A book on his travels in Mexico and Belize will be released in the Fall of 2015.

I am one of your newest constituents.  I just moved to Vancleave.  So far, I love it here.  I am so new, in fact, that I am still waiting for paperwork from Virginia so I can get my driver’s license.  While I am a Republican, you may find me a bit of a spur in your saddle.  I write a blog called Pedestrian Politics and Economics and I have time on my hands.

I just posted a piece about mass data collection.  It is irreverent and flippant.  But that is the nature of the blog. Look for Canard of the Week.

I’d like your take on the meat of the post and where you stand on this issue.  I’d like a serious response, please.  If I get a boiler-plate email, I’ll post it and make fun of you.

Anyway, I wish you the best and hope to hear from you soon. 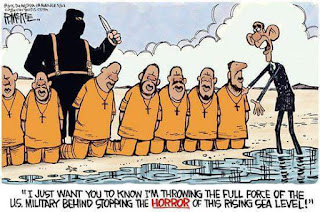