The Washington Monthly, in their March/April edition of 2012, published a list of the Jerrett, er uh, excuse me; the Obama Administration’s top 50 Accomplishments.  Needless to say, a blizzard of comments followed.  I was not aware of the article until a friend on Facebook brought it to my attention in order to make the point that we mean haters who hate (read: Conservatives) ought to at least be willing to cheer Obama’s successes while we jeer his failures.  I agreed and asked for an example, saying in all sincerity that if he could point out a legitimate accomplishment, I would happily laud it.  In response another friend, Brenna, sent me the link to the article.  When you read it, from the very first example, you are left blinking in astonishment that ANYONE could construct this list and hope that readers anywhere would actually take seriously what is on the list.  To be certain, only two types of people do; the frustratingly immature who believe it “just because” – They see Obama as cool, so he is right.  He is always right. – and the intentionally credulous.  Harry Reid is their patron saint.  He knows that what he and Obama have done runs the gambit from theater to sedition.  But he continues to blather on, knowing that no one believes he believes any of it himself, but hoping that enough people will pick up on enough talking points to keep the blind stalwarts in the fight.

Trending
An Objective, Disinterested and Honest Analysis. Army/Navy
So I am left with this list of “accomplishment” to address as I said I would.

I can’t believe they actually listed it. Let’s start from now and work our away back to passage of the precursor to socialized medicine.
Just a few days ago, the Supreme Court struck down an item in Obamacare that demanded that all business with over 50 employees pay, through their insurance policy, for contraceptive services (for the purposes of preventing babies – that’s an important distinction)  including abortifacients.  The court held that based on religious beliefs, a closely-held corporation could opt out of participating in medical procedures that offend those beliefs.  In the case of Hobby Lobby and others, the objection was to four items on a list of 17 that they said they could not abide being a part of. 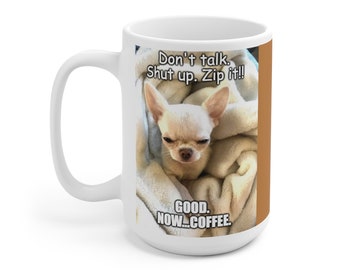 (Full disclosure:  I am an atheist and an activist in the secular community.  I don’t care wit about Hobby Lobby’s religious beliefs and don’t believe churches should have special rights that are different than those of a corporation or a person. That said, the very principles that protect people to run their own lives according to their religious beliefs are in the same first amendment the protects free speech.  If you want to end religious exemptions from law, you must start with the first amendment and go from there.  Whose going to be the first to pick the good religions and the bad ones?  Who is going to the first secular person to quash 250 years of protections for religion and not expect the same thing to be done to us secularists the following week?)
The vitriol that followed the ruling was typical of the history of this whole non-medical care exercise from the beginning.  But having to do with this particular ruling, the left was instructed to scream that “Old White Men” were denying women ACCESS to contraception.
First, the Hobby Lobby objection was to items that were to be used to destroy the “ception” that the acceptable stuff was supposed to run “contra” to.  So the words “to contraception” used here were intentionally misleading.  Secondly,  no one is being denied ACCESS to anything.  It is simply not being FINANCED by others who object to doing so for moral reasons.  But the baseless whining continued.  Hilary Clinton said this was the first time in our history that we treated corporations as if they were people, a lie, until she adds, “when it comes to religion”.  See what she was doing there? She’s hoping most liberal proles don’t know that corporations have all the rights people do.  If you need an explanation, read Smith or Locke.  One among the rights shared by people and corporations is religious liberty.  That stupid concept that Jefferson blathered on about just to make Barry’s life harder.  Both Barry O and Woodrow Wilson have complained about the constitution getting in their way as they try to run the nation.
I only spend this much time here to demonstrate what a rhetorical shipwreck Obamacare has become. There is nothing about it that is or will be successful.  There is almost nothing about it that does anything for the healthcare industry.  It dismantled valuable insurance companies, it will not see 32 million more people insured, it has been run from day one with staggering incompetence, and if you think medical costs have gone up too fast in the past, wait until you get to the other end of this year and into next to assess the damage to the economy and your own wallet.
The fact is that with every step of the nightmare that is the Patient Protection and the Affordable Care Act (PPACA), as with defending the serial criminality of this administration, the tactics have been the same; marginalize the opponents, crate straw man arguments and argue against those instead of arguing the actual point and merits of the case.

This all could have been avoided.

In July of 2012, in a move the New Yorker called a “singular act of courage”,  Chief Justice Roberts decided he wanted to be a co-president for a few hours and missed the opportunity to gut the whole mess when he stepped off the bench, into the well and made the administration’s argument for them.  The question was whether the penalty for not participating in Obamacare was a tax or a fee.  On consecutive days the administration’s lawyers argued that 1) it was absolutely a fee and not a tax 2) it was absolutely a tax and to a fee. The reason is because of the dubiousness of the governments authority to cause people to buy something they don’t need under the penalty of law.  Only in Orwell’s crazy world should this thinking survive.  Roberts would have been correct to laugh the parties right out of the court room.  But he didn’t.  He chose to nail his name into the pages of history and leave us to take this monstrosity apart piece by piece while the misinformation  continues to gush from the White House and a sycophantic press.  With each step, we will have to fight the straw man misdirection and hysterical wailing.

The “Patient Protection” part of PPACA is a laugh riot.  The people most left out there flapping in the breeze, the people least able to absorb the damage inflicted by this 2700 page law and upwards of 30,000 pages of regulations (!!!) are the patients.  The doctors are going to be, and are already, screwed to the floorboards trying to comply with it.
The genesis of all this was even more frustrating for honest people to watch unfold.   In 2010, through lies – this won’t increase budget deficits – to qualify the bill for the what the Senate calls “reconciliation” and outright unethical practices, this monstrosity was presented to BHO for signature.  The question of ethics comes in first, using “reconciliation” to blow open 1/6 of the economy. This is preposterous.  Reconciliation in this context is used to shuffle line items in an overall budget and make small adjustments without having to adjudicate the whole thing over again.  It took Reid and Pelosi to stoop to the levels they did to use this process to magically marry two bills that had not gotten through both houses of the legislature, in some cases skipping steps by “deeming to have voted”, buying votes with HUGE kickbacks and voila, you have the worst law from the worst lawmaking since the nation’s founding.  They really did think they had made the whole thing so complex and confusing and rush-  rush that the public would do shrug and say. ‘Well, okay, if you say so.”  Instead they created the Tea Party.  That movement is the child of Reid and Pelosi more than anyone else.

Point one of the top 50 accomplishments is a total failure.  Little secret; it may have been intended to fail.  Time will tell.

A Not So Insignificant Aside:

In the piece above, I wrote that we were hearing that women were being denied ACCESS to healthcare because people did not wish to FINANCE their lifestyle choices; specifically not paying for a handful of abortifacients.  I have heard from hysterical women and sunken-chested men several times asking if it was fair that insurance pay for viagra and other treatments of erectile disfunction (ED) and not pay for abortions and abortifacients.  I rarely believe that these complainers don’t see the difference at work here, but I will do the unpopular and point out the weakness of the argument for the truly dense.
ED and related prostate problems, including cancer, are disorders.  It is a doctor’s obligation to treat this as such and do his best to cure or mitigate it.  Pregnancy is not a tumor.  If you are pregnant and the baby is growing nicely, then there is nothing for the doctor to treat.  His primary obligation is to monitor his patient and make sure all remains well.
If the patient decides to terminate the pregnancy, that is an elective procedure.  NO ONE has a moral obligation to finance that procedure.  Mother and child are healthy.  If an insurance company wants to cover that procedure, the pregnant woman is in luck (women in their productive years who don’t want babies ought to check into this when buying medical coverage.  But that is NOT MY CONCERN!)
“But, ah!” comes the occasional retort, “what’s to stop a doctor from citing a bullshit health reason to give a friend viagra just so he can have more sex?”  The answer is nothing.  If a doc wants to compromise his practice and be a total douche bag.  He can do that and probably get away with it.  In much the same way some doctors take into account the “mental anguish” some upper middle class college girl will face by experiencing a perfectly natural biological process.  That’s contrived bullshit too, but it remains one of the prime arguments in favor of a pregnancy being treated like bubonic plague.
Leave a Reply Cancel reply
Recent Posts
Archives
Categories
Meta